Posted on November 15, 2013 by bernicefriesen 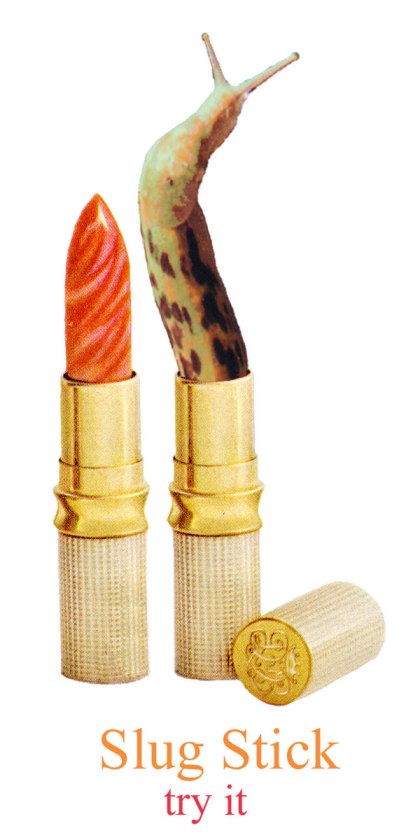 My daughter does not like to be complimented on her looks – exactly like me when I was her age. She, like I used to, replies with a growl or a scream, and a swift retreat. It took me until adulthood to know how to get out of these situations without embarrassment or hostility.

A few weeks ago I tried to teach her my “out”; a quick “thank you” that should end the matter. I told her she could talk Shakespearian if she wanted and say, “Why thank you, sir – or madam,” but she rejected it – blech.

And then I started to think about how it felt to be complimented at that age. Many of these compliments were comments on my wearing properly feminine clothing – following the rules. It would feel as if the person had stopped me and handed me something odd that I didn’t know what to do with. It felt more like they’d stuck something sticky and unfamiliar on me – their own pleasure — and their smiles expected something of me – I had no idea what – to take pleasure in their pleasure?

There is the expression learn to take a compliment. Why do we have to? Why do we have to learn it? Because it isn’t natural or nice? Is it something nasty disguised as something nice? Why are we supposed to take it? Is it just us girls? There’s also the expression don’t take it lying down. Knowing how to take it implies hardening yourself to some kind of nastiness or violence.

What is it? This “compliment” thing?

My daughter is beautiful. I find almost all children beautiful – their youth, their skin, the economy of their form, their energy, their bloomingness. It gives me great pleasure to look at them, to watch them run, scream, shout, and be.

Of course, this has nothing to do with them, with who they are as human beings, with what they love to do, and with the lives they lead. I get pleasure from my perception of them – and probably my aging mommy hormones — and that’s what it is: my perception and my pleasure.

In a traditional compliment, the speaker (often a he) expresses his pleasure in your appearance, and you are expected to take part in his or her pleasure of looking at you. You are expected to be pleased, and grateful for the attention. Do boys get complimented like this? My son does by me now and then, and he is embarrassed by it also.

Why are we supposed to give a shit about other people’s pleasure?

The speaker claims a relationship of giving and receiving pleasure. The object of his pleasure cannot beforehand decide whose pleasure she is exciting or supposed to share. Sharing pleasure should be voluntary, and this is not, which is why compliments are extra creepy if they comes cold from a total stranger, or someone you aren’t close to. Sharing pleasure oriented around our physical beings is usually something we do with people we love and trust.

Perhaps much of the discomfort comes from the idea our self-concepts are based on what is reflected back to us in the eyes of others. Perhaps we don’t want this to be true. We are being told who we are and what we’re like, and we’re supposed to take it, be grateful, and illuminated as to ourselves?

And often, compliments aren’t very complimentary. How often is a girl told she is admired because she is strong or smart or quick? How often does the comment piece her apart? Does anyone consider “nice ass” a compliment? Compliments are often just comments, and run the spectrum from nice to abusive.

When I was in high school I got more abuse. Though I didn’t know it at the time, the school I went to was regarded as a “rough” one. I’m always surprised when I hear that not all girls went through the pervasive misogyny and sexual harassment that seemed to be common currency at my school. From about the age of twelve I could expect, every day, to be called a range of expletives, from “fat slut” to “fucking cunt” to “cock-sucking whore.”

Did the wealth of harassment mar my ability to “take” comments? Did I regard being noticed by others as a danger signal? How could I even attempt to believe anything that was complimentary when I was barraged with much more that was not? Did I need to push all of it as far away as I could because the evil words had such a strong effect?

Somehow, I don’t think so, because I can see my daughter reacting to compliments in the same way I did, and I’m pretty sure she hasn’t gone through that kind of harassment. But this is another story I have to tell her: that the speaker hates women, just as some people hate Jews or blacks or gays. These words are a form of violence that illuminates who the speaker is, not who their victim is.

Perhaps it’s also hard for me to take pleasure in my physical being because I was raised with all that Christian shame and misogyny. I thought it was better to be a spirit without a body.

And of course, a compliment is often just part of the male sexual strategy. Once in a deserted tunnel in part of the London Underground, a strange man told me what he thought of my waistline. I got away from him as quickly as possible. He made an additional comment, annoyed that I didn’t know how to take a compliment – and annoyed I was repelled rather than attracted.

I could retrospectively take pleasure in the compliment because I wasn’t worried about being alone with a strange man the deserted subway tunnel. Nothing bad was going to happen next, but I didn’t know it then.

This was, of course, a direct confrontation between subject and object, the observer and the observed, the see-er and the seen.

In times and places of purdah, for a woman to “appear” was (is) culturally regarded as a sexual tease, was her making the first move… so whatever happened after that was her fault. In the 17th century trial of Artemisia Gentileschi’s rapist, (at which she was tortured) she was accused by the rapist’s defenders of being seen at a window in her father’s house. So she must have been a whore, there at the window to advertise her wares… so the rapist was innocent, because women who sell themselves are common property, and don’t belong to their fathers anymore. That was the form of the trial: Gentileschi’s father suing the rapist for damage to his property. She was an object indeed.

Once, again in the London Underground, a man stared at me so blatantly, I got fed up. Women are not supposed to notice — supposed to pretend they don’t see — but I’d started staring back sometimes – as a kid, I was always good at staring contests — and this time I started making weird faces.

He looked away, of course, and pretended not to notice.

Now that was a pleasure I enjoyed.

Learn to take a compliment?

Perhaps my daughter, as a young female of the species, is rebelling against her first encounters with being ‘the observed’ rather than ‘the observer’ in our culture: the object rather than the human being.

This must be quite a shock when you are nine and you are the center of your universe – the one who watches, feels, and acts.

But a few days ago, I observed my daughter overhearing her teacher and I discuss her progress and the work she was doing. She was listening to words like creative, working very hard, and smart.

What I saw on her face then was a wonderful secret smile – not a big smile, you understand: nothing anyone else was supposed to see or appreciate — but a smile that only happened to show because it was glowing within, and radiating all the way through her, building on what she knows about herself.

And that was the most beautiful thing.

4 Responses to You Look Beautiful